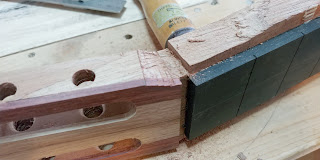 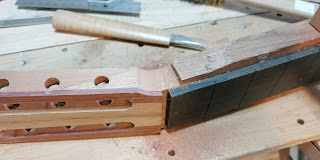 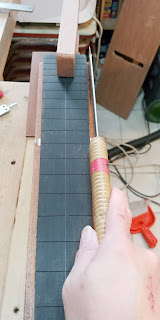 Removing neck excess at the 2 sides of fingerboard 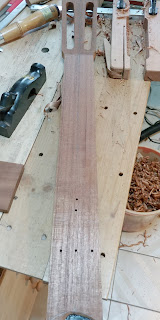 Plane the width back to the size of the fingerboard 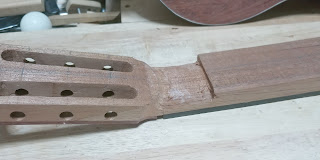 Shaping the neck near the 1st fret region. 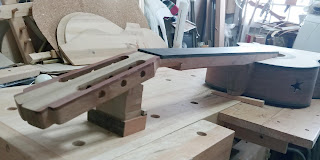 A preview of the neck 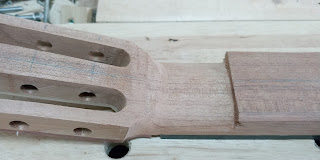 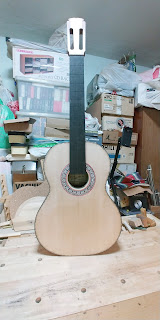 After shooting to size, I taper the bottom end at the bass sides.
I mark the part to plane more using pencil lines so that I wont remove from the wrong side.
The thickness is 7mm at treble side and 6mm at bass side.
The forward angle can be adjusted at the neck portion when the neck is glued to the body.
So the finger board can stay at teh same thickness through out. 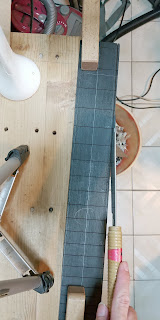 Marking and sawing away the waste 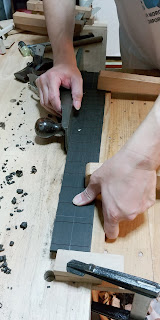 Shooting the fingerboard to size 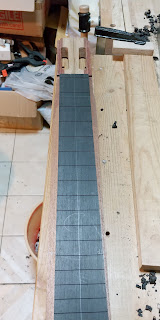 Fingerboard done ready to be glued. 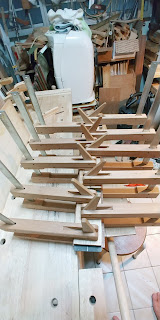 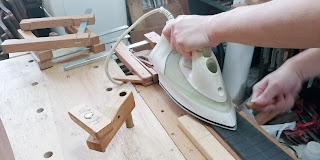 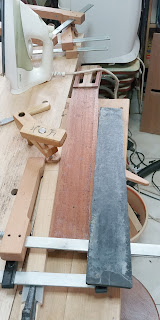 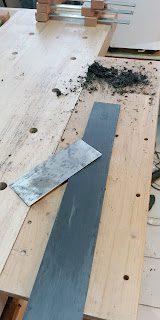 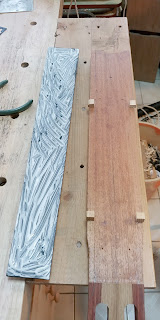 Applying glue to the surface 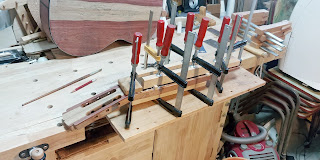 Glued and making sure this time the pin is aligned correctly. 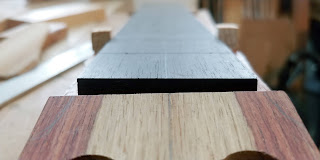