Making the jigs for binding cutting


So I began to make the jig it actually quite a simple design, it acts like the router holder but with a longer guide so that it can reference the sides better.
Basically it acts like a marking gauge.
So I make the base and the guide rail separately and the way to secure them togehter is very similar to my circle cutter jig. 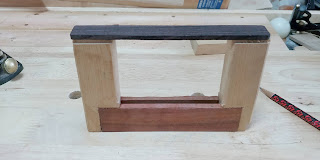 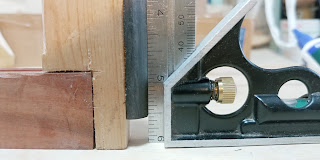 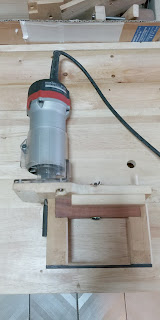 20201031
Next I need to make the holder for the guitar.
Normally, I just put it inside the solera with the side mould.
But in this case, because of the longer reference sides needed, the side mould cannot be used.
So I decide to modify one of my previous solera to be able to clamp down the body while exposing most of the sides for the binding cutting.
However, the solera has some warping so I added some wood members to correct the geometry accordingly.
Also I added a special way of clamping the body down.
As there is no neck attached, the clamping has to be a bit special.

I also drilled the dowels for rope tying for the binding.
I created a structure too to allow me to work on 1/2 the side of the guitar independently.
But this will make it more restrictive during the binding stage. 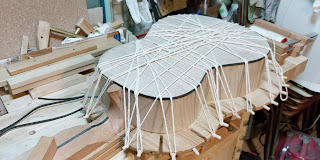 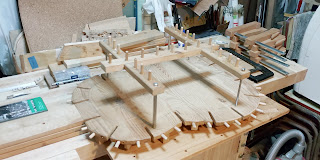 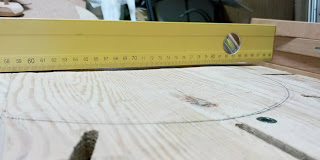 Checking th geometry of the solera 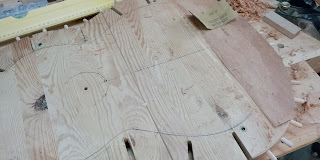 Patched the rear end of the solera to correct the geometry 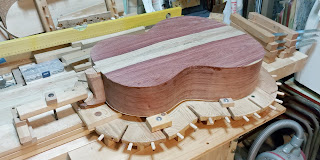 Holdng the guitar body. The clamp acts like a T-track clamp 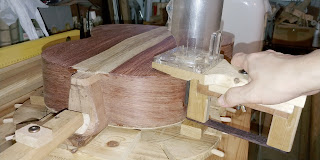