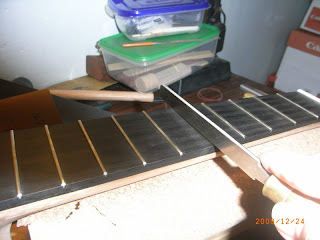 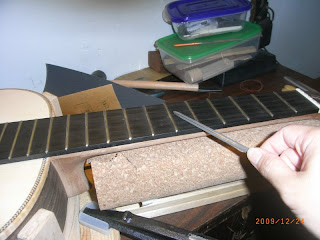 Remove the edge of the fret

Headstock
After that I began to work on the head stock.
At first I was aiming for a Torres three bun shape headstock design but my lyre tuner machine need alot of wood above the top roller, I am left with limited wood for cutting.
So in the end I went for something similar but with gradual curves as with all the designs of this guitar.
I use dozuki to remove a portion of the headstock and started to round the shape using files. 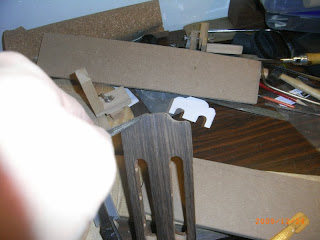 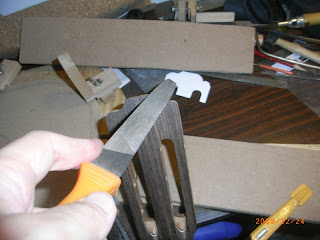 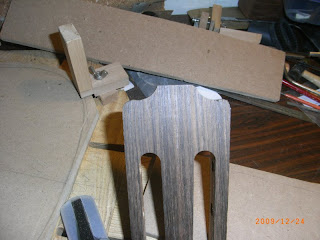 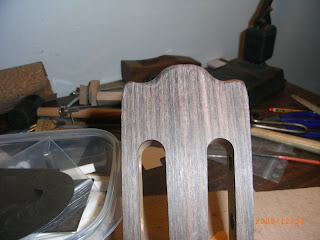 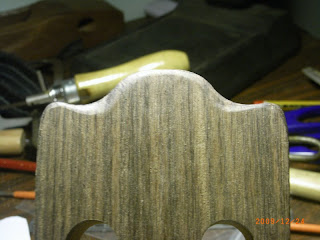 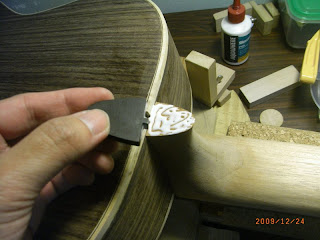 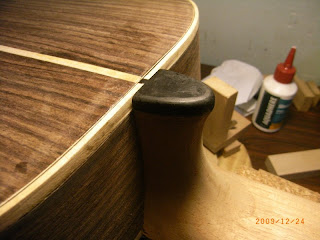 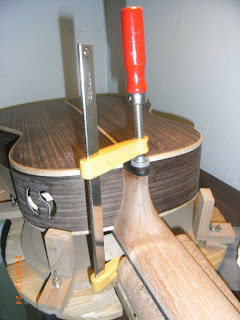 Side track: Redgate guitar
For the past week I strung up the guitar and played it.
The sound was impressive.
I showed my friend the guitar and he suggested that we bring along our other guitars for comparison
He brought along his Jim Redgate guitar 1995 spruce top Indian Rosewood (laminate) Back and side guitar.
I had the opportunity to photograph the interior. 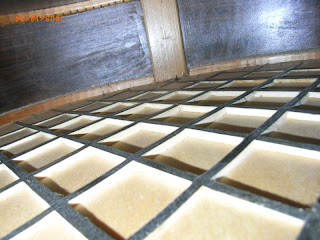 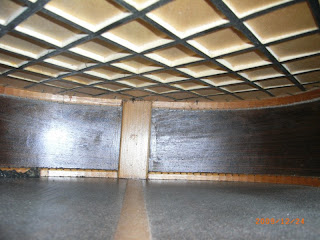 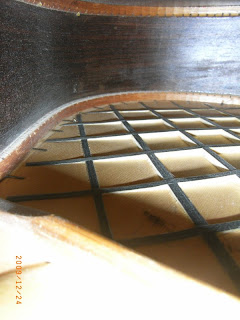 Left side of the lower harmonic brace 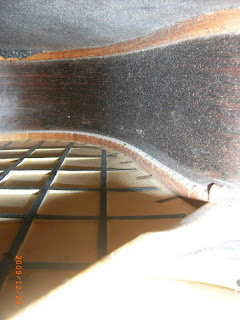 Right side of the lower harmonic brace 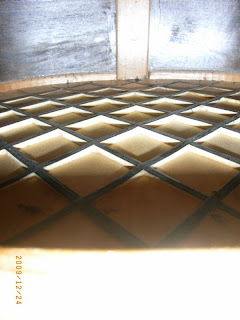 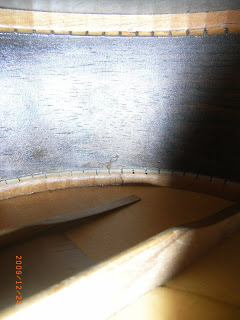 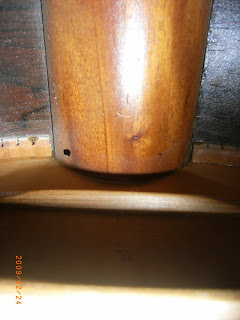 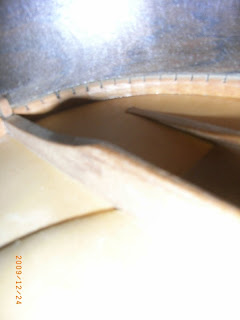 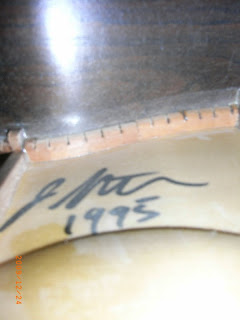 We compared the sound, we did discover that the lattice bracing Redgate was more balanced throughout the range.
The notes was abit laid back and did not respond immediately but the dying part was pretty much delayed.
This was consistent with the Smallman's idea.
My guitar's sound was different animal altogether.
The sound simply exude out without stopping - raw power.
The dying off part was pretty much faster too.
(It does have some nusance sustain)
This is perhaps what John Williams termed as percussive.
But amongst the 3 mine was the loudest.
The Gutmeier Fleta paled in comparison to the other 2; probably because it hadnt been warmed up yet.
The last time we had a comparison betweeen Gutmeier and Redgate the Gutmeier took 1 hour plus to get warmed up.
Next time I will record something...


Sound Clips
I have been busy, but well the guitar is strung up and being played right now.
But I haven't got around to start the finishing (French Polishing) process that is to coat the guitar with protective layer of Shellac.
Shellac is a natural excretion from the lac insect.

I brought around to let my friends tried, well all have good comments about it.
But the fret work is sharp at certain points so I had to rework on the fret crowning etc... 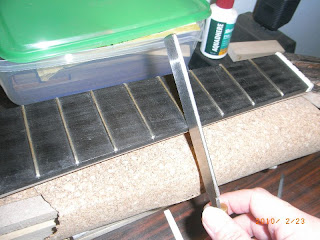 Clearing the burr at the edge using the crowning tool. 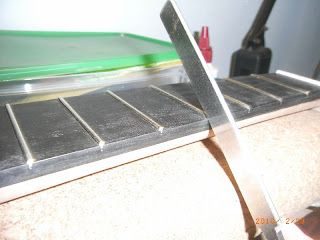 Usually this is done using file w/o handle to make a taper but I seems to to misplaced my file.
So I use this instead. 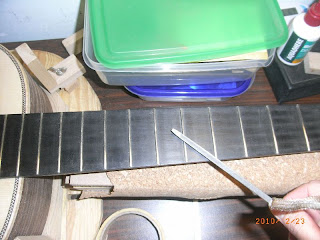 Then I file the edge of the fret at various angles. 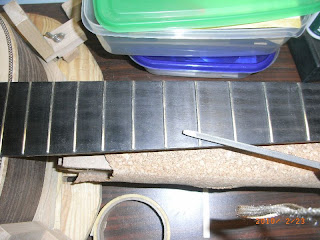 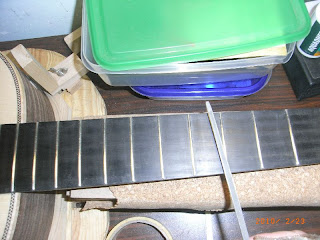 Also I rework on the neck making it thinner.
It used to be quite thick and very uncomfortable in playing.
I reshape the back of the head when I thin the neck. 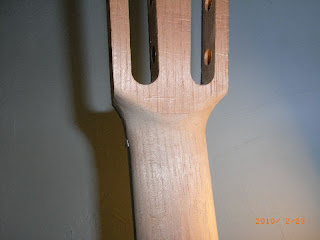 The neck is shaped to a more pleasant looking curve 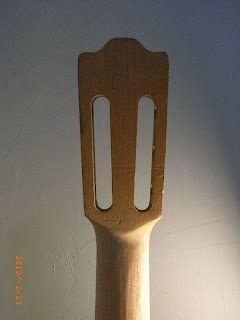 And now for the sound clips.
... I just realise this blog cant upload sound clips...
Let me figure out how to upload...