I bought some more wooden planes at the Kelantan Lane.
After using the wooden plane I have grew to like it more.

They are light and handy unlike the western planes which are heavy.
When planing top down, the western plane it's a good thing as the additional weight will be an advantage.
However when shooting the sides, it will be bulky and difficult to handle.
Using wooden plane requires less energy.

When it comes to adjustment of the iron, it is very easy to adjust the wooden plane. Just a few taps will do the trick. (See previous post)
Adjusting the western plane is quite troublesome.
1) Loosen the iron cap
2) Adjust the turn screw
3) Lock the iron cap
and repeat until u get the right shavings.
Unlike most wood worker who adjust the plane and leave it alone, I will retract the blade after I use it and re-adjust in the next session.
Well I that's just me...

As I grew to like the wooden plane I will try and see if I can get hold of the larger sized planes. 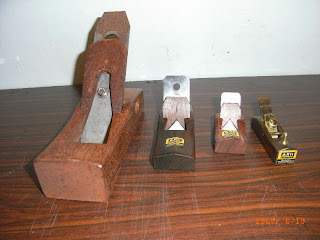 Wooden plane from big to small. 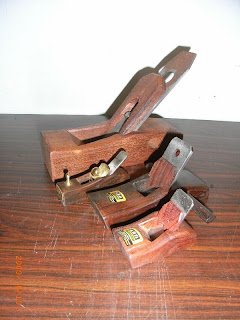 My family of wooden planes; Look at the plane iron, it's much thicker than the western counter parts.

Fingerboard
Then I worked on the fingerboard cutting the curve for the sound hold region.
I use my paring chisel to remove the material and then smoothen with file and then
finally scraper.
I find that the scraper works better than sandpaper in giving a smoother finish.

In a way, well having more problem means building up more experience.
I am glad that I manage to overcome this. 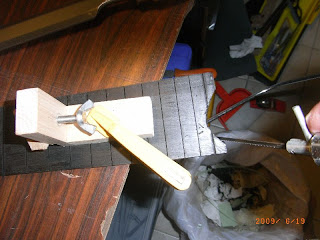 Cutting the fingerboard with the coping saw 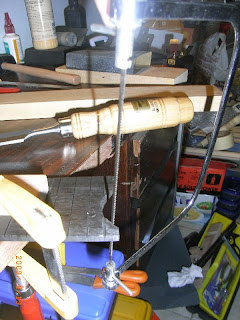 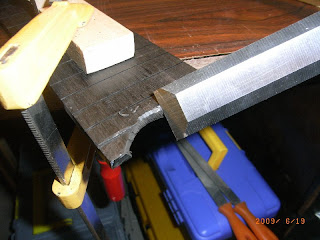 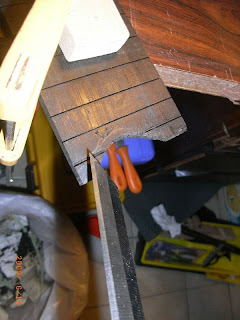 From the other way 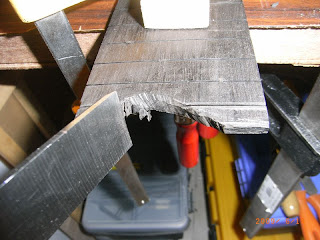 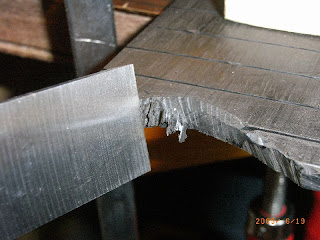 Close up of the chiselling 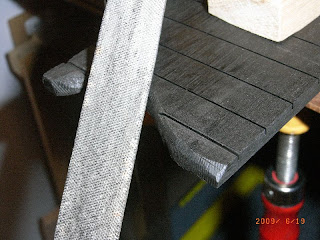 Using file to shape the curves 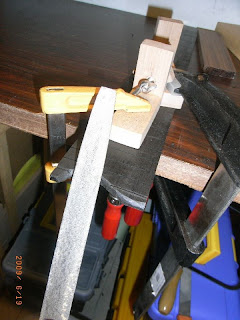 The clamping set up 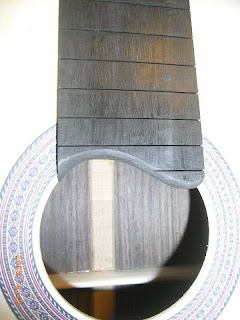 The final product w/o the scraping yet. 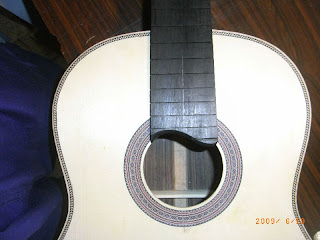 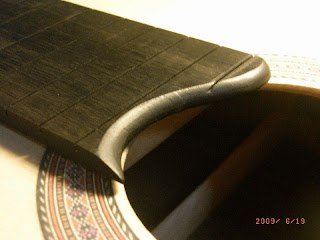 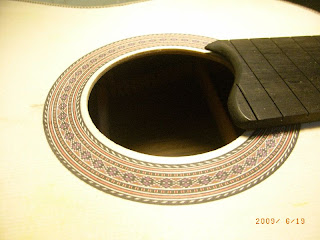 Close up view the other angle 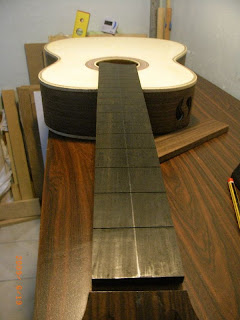 From the neck view. U can see the center line which I drew.


Sharpening the tools
Well in order now to fit the neck to the fingerboard, I had to remove some neck material.
I got a spokeshave lying around somewhere.
I didn't use it last time because the blade had some burr which damage my sides...
So I to try my hands at sharpening.
First I straighten the back first on the rough grit (gotta check the numbers) and then on the fine grit.
Then I sharpen the bevel.
I make use of my honing guide, but I discover I worked faster using free hand.
Just a few strokes the plane iron was as good as it can be.
I never knew sharpening can be so easy?
Then I try my hands at sharpening the block plane iron (which had some nicks in it) and then some chisels.
All was done free hand.
I am glad it's so easy; Sometimes to get things going we just have to follow the Nike's slogan (Just do it). 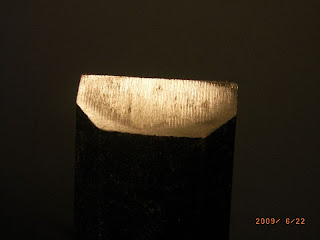 Front view of the chisel 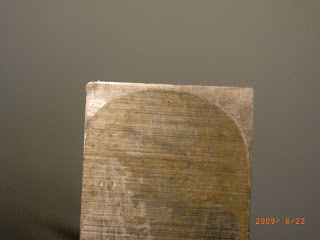 Back view of the chisel 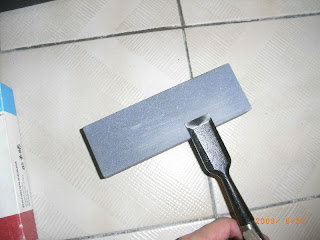 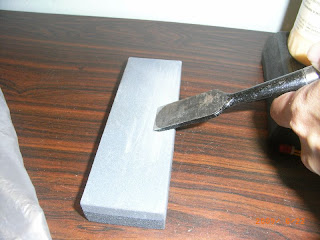 Sharpening the beveled edge. All this is done free hand because the honing guide doesn't really grip well. 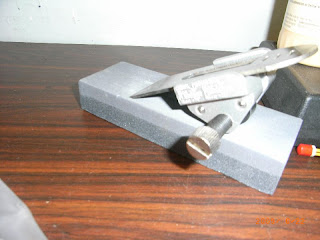